The stars and quarters are said to stand for the rival political parties, and the white for the peace in which they operate. Blue was the color of the Conservatives, and red the color of the Liberals

Panama is the only place in the world where you can see the sun rise on the Pacific and set on the Atlantic.

Panama can’t be beat when it comes to bird watching. It is home to more species of birds than the United States and  Canada combined including the Froot Loop bird, the toucan

In the mountains of the province of Chiriqui lives Harpy Eagle – the largest bird of prey and the sacred bird of the Indians.

The country has the second largest duty free zone in the world.

Panama grants 30 days of free health and accident insurance to all visitors.

Panama City is the only capital city in the world that has a rain forest within the city limits. It is the second largest rainforest in  the Western hemisphere.

Panama houses over 10,000 different plants species : about 1,200 varieties of orchids  (including the national flower called Flor del Espiritu Santo), 678 ferns and more than 1,500 varieties of trees

The country has one Indian tribe, where a sign of the special beauty of women is a big long nose.
They are specially made longitudinal stripes on the nose with black paint in order to visually enlarge it.

Panama hats are typically produced in Ecuador and not made in Panama. 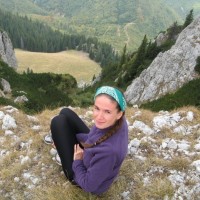